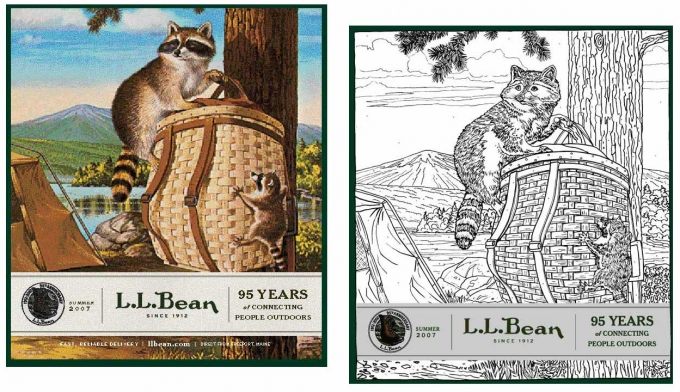 L.L. Bean asked us to do line-art versions of some of their iconic catalog covers.  We did four covers on one 20x6 mural.

UPromise (now Ascensus) administers 529 plans in 17 states, and in several of them, they use a mural, with images of kids, to promote the idea of college savings.

Peppy the Penguin from Trinidad

Flavorite ice cream from Trinidad asked for two murals with their mascot Peppy the Penguin enjoying the beach with his fellow Trinidadians.  We created one design with realistic human characters and a realistic beach scene.  We created a second design with cartoonish kids and cartoonish antarctic animals, all drawn in the same style as Peppy.

What do adults at a beer event like to paint? Beer, of course!

We worked with Donna Agresto and the Princess Anne Hunt Club Foundation to create a mural for a Blue Moon sponsored beer area.  We know from experience how much adults like to paint/color when they're drinking, and the goofier the subject matter the better.   We played off one of Blue Moon's promotional posters with a beer bottle and glass on a table in a yard, and expanded it to fill the sky with floating Blue Moon bottles pouring into floating glasses.

NW Natural uses a mural to communicate their safety messages

NW Natural (a natural gas company) wanted a mural to help get their safety message out at events in the community.  They already had these "Rotten Egg" characters that they used other marketing and communications channels. 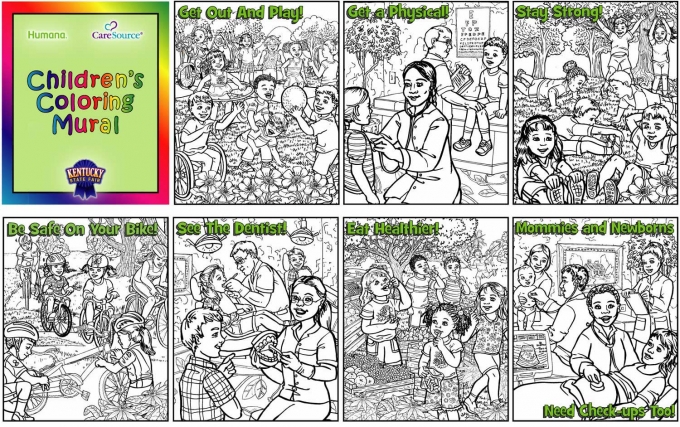 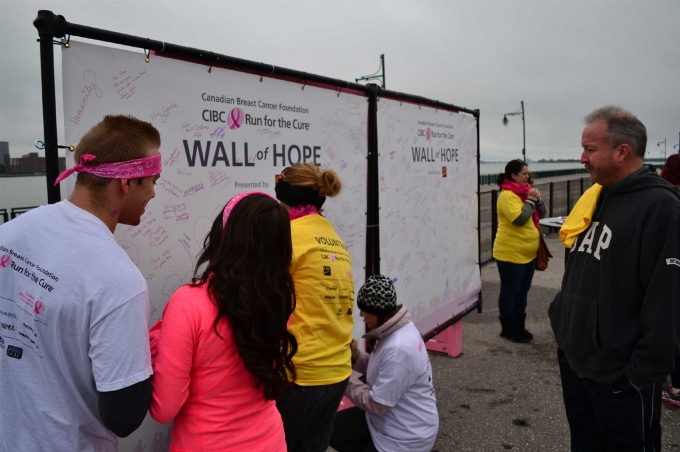 CIBC (Canadian Imperial Bank of Commerce) recommended us to their agency---Inventa Brand Experience.  CIBC wanted an easier process for their "Wall Of Hope" activation at their CIBC Run For The Cure events across Canada.  With our experience with Mural Stands, we were able to economically build them 102 stands, customized to their specs, which with our system were much easier to set up, break down, ship and store than their previous stand rental.  We also worked with them to print 102 vinyl banners, and created turn-key supply kits with Sharpies, attachment zip-ties, chamois clothes for rainy days, custom instruction posters and spare parts.

Florida Blueberry Festival has us illustrate their mascots 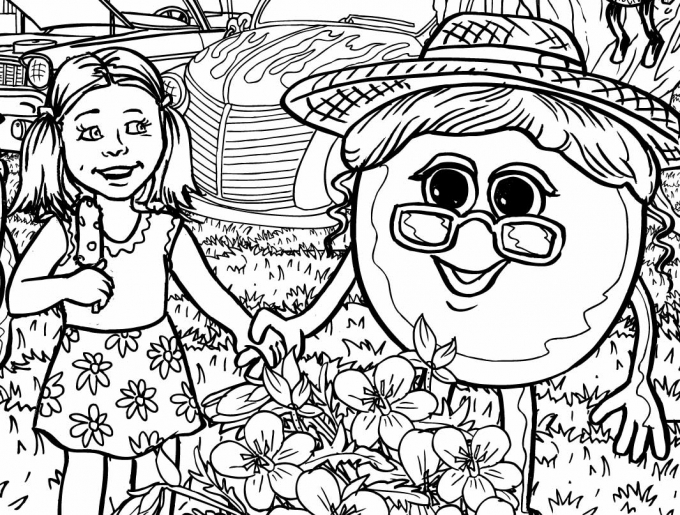 The Florida Blueberry Festival asked us to create a design featuring their fun blueberry mascots---Auntie Oxidant, Bo & Elliot, Cora Highbush Mrs. Highbush, and Buzz Bee.  They gave us these full-color graphics, which we illustrated to fit right into the scene with the other characters.

They also asked us to draw in their historic courthouse, the Hernando Park Bandshell, and their incredible moss-draped oak trees.

The Sherburne County Fair in MN was already running an elementary school contest for kids to design a button for the 125th Anniversary of their fair.  They asked us if we could place the top three finalists somewhere in the mural design.

They initially asked if we could place them on the shirt of a character, or on the side of a barn.  We thought if we did that placement, to scale, then the buttons wouldn't be big enough to really be seen and celebrated, so we placed them up high next to the headline text.

The fair ended up using the mural to reveal the winners, so all the contest participants had to find the mural to see if they were a winner.

For their 125th Anniversary design, they didn't want the entire design to look like a fair from 125 years ago, but they wanted a few characters to be from that period.

They also asked us to include

Are Our Designs Too Busy? Not If You See This! 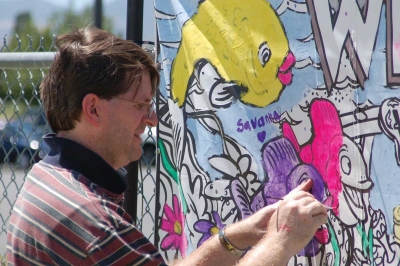 Some people's immediate reaction to our murals is "they're way too busy".  From a pure designer's perspective, that's true---you'd never make an advertisement this busy.

However, don't think about this from a design perspective, think about it from an ACTIVITY perspective.  First off, remember how much these get enlarged.  If you look at a 6 inch wide design on a computer screen that's meant to be a 20 ft wide mural, we're going to enlarge it 4000%.  Secondly, remember that when you're standing in front of the full-size mural with a paint brush or marker, you want to color "things", not empty space.

Take a look at the photo of the man painting.  Notice the fish he's working on are still fairly big, right?  Now take a look at the full design, and then the graphic showing just how little of that mural is shown in the painting photo.  You wouldn't want less detail when you're painting, would you?